You can pay your bills by playing your favorite video games.

It's estimate that just last year they paid out almost $9 Billion to content creators.

That's only counting for ad revenue.

Gamers on YouTube can make even more money, faster, from all sorts of other sources.

Even with no subscriber count you can start making money today. 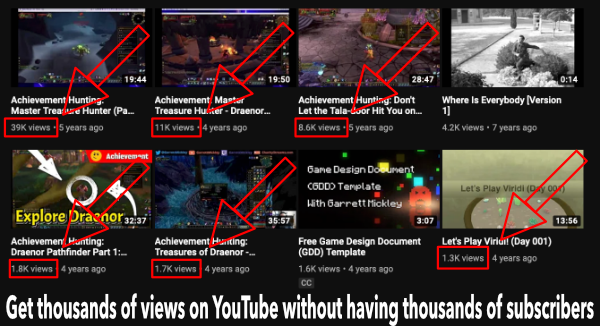 Back in 2013, while on a work sabbatical and getting a degree in video game design, I discovered Twitch.tv.

I wanted to do that.

I wanted to get paid to play video games.
So, I ordered the streaming equipment I needed, set it all up, and got to work.
It was a lot harder than I thought. In fact, I tried for a year and gave up.

At least a thousand dollars of equipment, most of which I found out later I didn't even need.

Hundreds of hours of effort focused on the wrong things.

A total waste.
A couple years later, I smacked myself in the forehead for being such an idiot.

I wasn’t applying *any* of my internet marketing knowledge to my gaming videos.

I was winging it without using my experience.
Probably one of the dumbest moments of my life.
In 2015, I started making YouTube videos again.

I applied what I knew about Google Search tricks to my videos on YouTube and got them coming up when people searched for certain achievements.
Suddenly, I was getting thousands of views from GOOGLE without having followers. 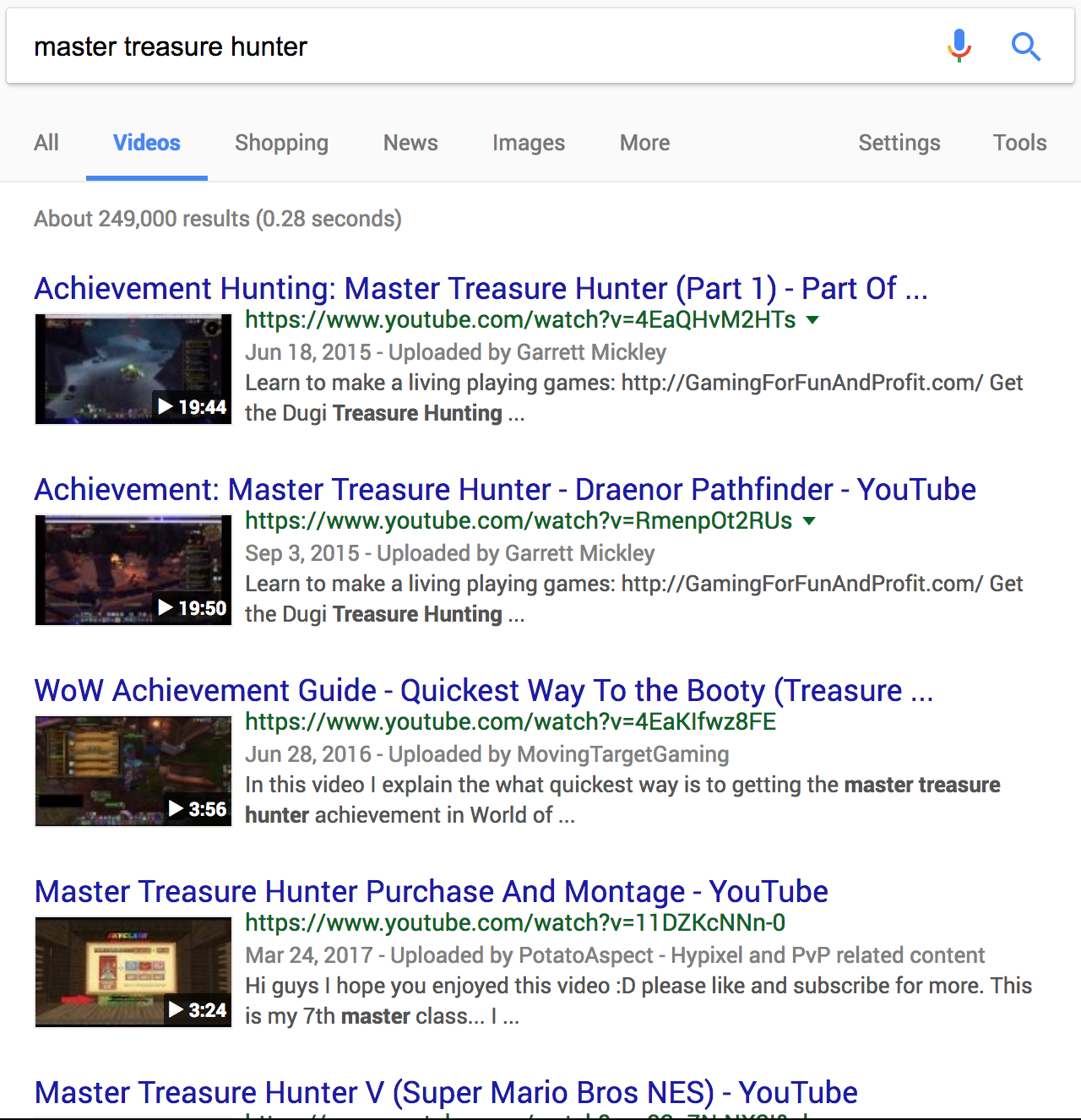 Learn to make a living while playing video games on YouTube with this guide.

You don’t even have to be good at video games. Just play the ones you love.
This process isn’t hard to replicate, and there’s even some small things you can do, for very little work, to greatly increase the amount of income received.
Combining my knoweldge of search engines, with knowledge gained studying successful YouTube gamers, I’ve figured out the best ways to make money playing video games.
I came up with a theory, and I tested it.

It didn't take long to realize, I am making money off of just a couple videos.

Years later, those first videos are still making me money.

Along with the videos I'm still making and publishing.

Gaming for Fun and Profit 2020 Update

The complete guide to getting paid to play your favorite video games online even if you suck.

After launch week, the price of Gaming for Fun and Profit will be $250.

You can also preview ALL of the material for free (except for the bonuses).

Buy for $99
Buy for 6 payments of $19.99
“Thanks for putting this course together, it’s great to have a one-stop-shop of tips and tricks to improve my stream; the Internet is awash with people offering their piece on what makes a good stream/streamer, but it’s difficult to find anyone willing to actually offer a helping hand. “

Learn to use YouTube's search to get views and retain subscribers.

Who am I to teach you this?

My name’s Garrett Mickley, and I love to play video games.
But, my professional experience is in over a decade of digital marketing. 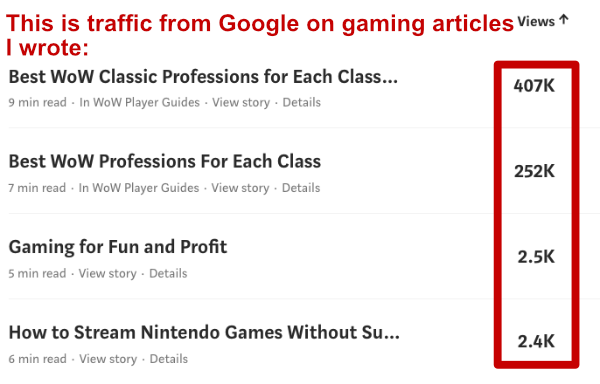 The phrase for this is "search engine optimization" or SEO for short.

It’s how sites come up in search engines like Google.
When you search for something, have you ever wondered why some sites come up first and others are lower on the page, or somewhere 10 pages back?
It’s because the search engines rank pages (or videos, or images, etc.) based on a bunch of factors, which all go into an algorithm that crawls the web and then compares each piece of media to their rules.
I’ve spent more than the last decade studying this criteria and making sure web pages, images, videos, and other media meet the rules to rank well.
I’ve worked for large clients that I can’t share names of, due to Non-Disclosure Agreements (NDA’s for short).

I don’t even use Google Adsense (the ads you see on YouTube videos), which pays very little.
These videos are making me money every day and I haven’t touched them since I posted them.

I’m writing this well over 5 years after posting my first videos and they are still making money.
This process is infinitely scalable.

The more you play video games, the more money you can make.
With this guide, you could make money on the side when you’re relaxing after a hard day of work.
Or maybe you dream of waking up and playing video games every day, while having your own house and all the latest consoles and games.

This guide will get you there.
You don’t have to worry about the thinking part.

I lay out the whole blueprint for you.

All you have to do is follow the guide.
I could be selling this for way more, but I know gamers are broke.

It's an investment in your future and it's less than most new game consoles. 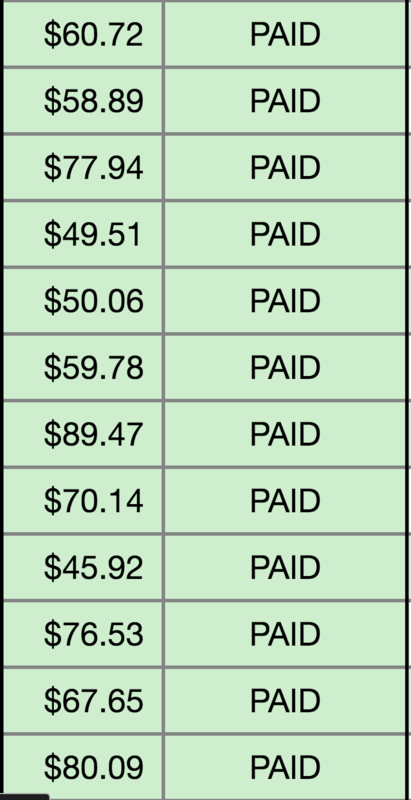 You aren't too old to get started.

Father Roderick is a priest...A PRIEST...with millions of views on YouTube.

That's just on one of his multiple YouTube channels.

You're not too old. You're never too old.

It doesn't matter at all how old you are.

It doesn't matter what your profession has been for the last...however many years.

You can start RIGHT NOW regardless of your age.

In fact, if you have kids, they'll think you're super cool for having a successful channel.

They'll be proud to tell their friends about you. 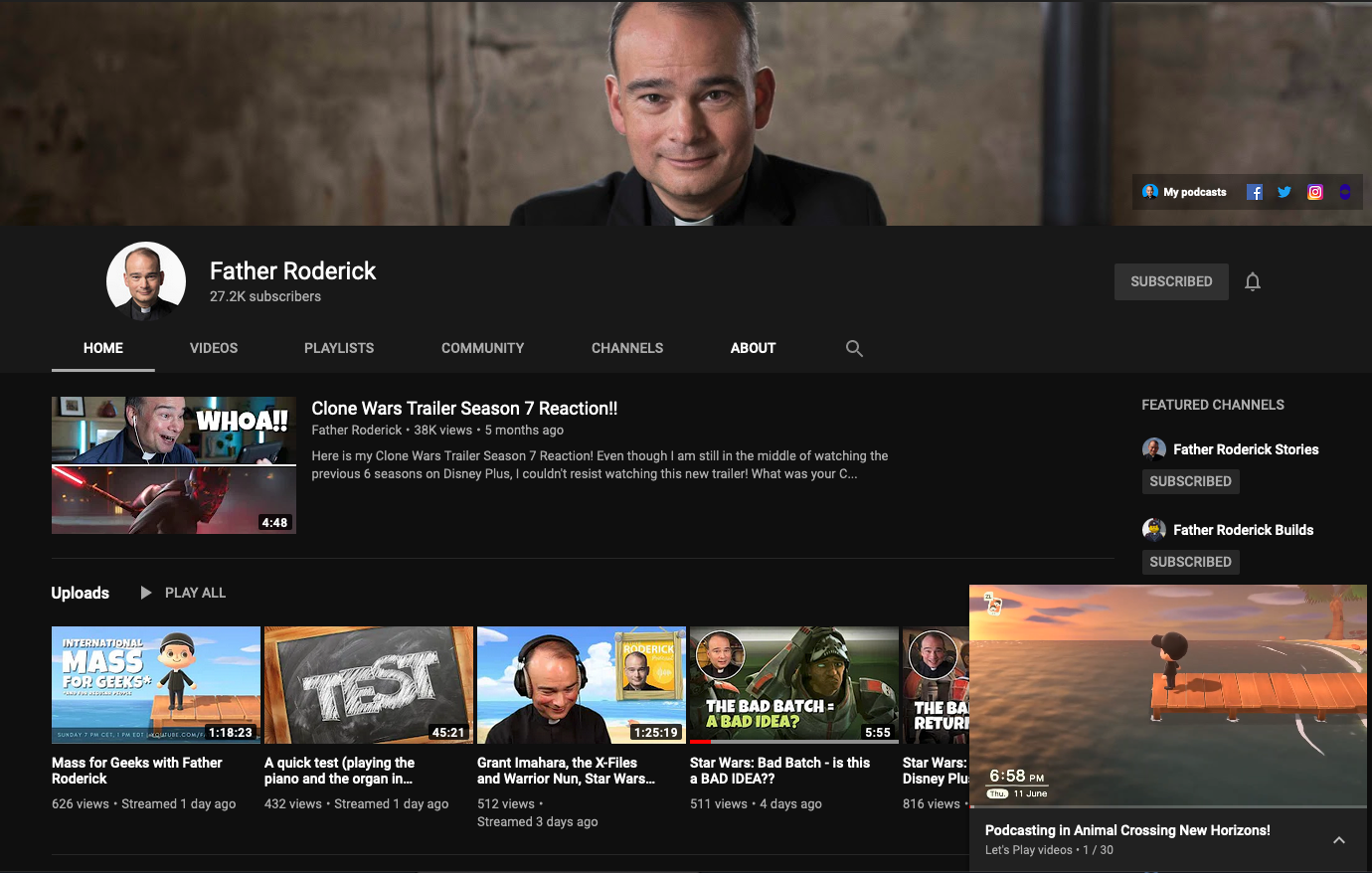 Build an audience even if you’ve never had a reputation for playing video games professionally or have any experience.

This course assumes you know NOTHING, but has enough info to take you all the way to success.

You don't have to have a following. We'll build one.

You don't have to have advanced equipment. We'll start with the minimum so we can get money quickly.

You don't even have to have the latest video games.

No problem. I don't want you to have "buyer's remorse."

You have 30 days to try out the program.

If you don't, shoot me an email and I'll process your refund.

Plus, you'll have direct access to me. We can talk. I can help you out.

If you're having issues or you don't understand something, let me know.

I'm invested in your success. I am here to help you with whatever you need.

We can talk via messages on here or we can even hop on a Skype/Zoom/Facetime/whatever call if we need to.
“The first course was fantastic. As I mentioned in my email yesterday, the bite size lessons make it super easy to take in each tip and topic, and figure out how to use that info before the next email comes through with a follow up lesson.”

Access to me + invest NOW and get updates FOREVER

I can take your questions and use them to improve the guide over time.

No need to re-write and re-sell the course!

I can just make edits here and the guide is instantaneously better.

The price on this will increase over time as I add new content, but once you buy you get updates for life, so you should do it now.

⬇️ Click ⬇️
I'm ready to invest in my future and become a pro gamer!

Can I make money even if I suck at video games?

Some of my best performing videos are of me learning to play a game better.
Q

Can I make money if I have no subscribers?

I'll show you how to work the search engines in your favor.
Q

Can I go at my own pace?

Yes! You're free to go at your own pace.

Watch one video per day, or binge all of them in one week. It's up to you! NOTE that new stuff is added regularly.
Q

Will you hold my hand through this program if I need it?

Yes! Every video is created with actionable brevity in mind and assumes you are a complete beginner.

That means when you watch a video you will be given the steps to start right away.
Q

Can I ask questions if I don't understand something?

I really want to make sure you succeed at your goals and I don't want my 13 years of knowledge and experience to go to waste. I'm here for you.
Q

Regardless of how old you are, or what you do for a profession, you can grow an audience and make money playing video games on YouTube.

There is a priest in his mid to upper 30's who makes YouTube gaming vids...a PRIEST!
Q

Can I get a refund if I decide this program isn't for me?

Yes, absolutely, within 30 days of purchase.

This isn't "get rich quick".

Being without a boss is hard for some people. It's not for everyone.

You have to be a self starter. You won't have a boss telling you when to sit down and get to work.

A lot of the stuff you'll learn in this program can be outsourced, and I recommend you do that with any part you don't like doing, once you're making the money to.

But you still have to put in some work.

My name's Garrett and I started in digital marketing back in 2008-ish.

I have worked for:
Now I'm passing on all that knowledge and experience to you so that you can see the same success with your gaming videos as my clients have with their websites.

Are you ready to get started?

Teach me senpai! (Buy the course)
Welcome!
Enter your info below to login.
Forgot your password?